In June 2018 I visited a garden just outside Oxford. It was beautiful. Privately owned, and open only to groups on request. Not only was it full of unusual and lesser-known species of common genera it was also full of trees. I couldn’t believe it, silver birches, acer grissini, prunus to name a few. I had always assumed my garden was too small for trees but this put a whole new light on the matter.

When I got home I set my husband to work measuring the square metres of this private garden and comparing them to our own garden (there was an ulterior motive as they also ran their own nursery, growing plants for sale from the same space!). And it turned out they did not have that much more than us.

Next stop – tree nursery. After many hours research, I had my list down to 5 trees;

We already have a Rowan tree that was gifted to my daughter in 2015 from my NCT friends, and a Amelanchier that has become a beautiful multi-stemmed tree/shrub.

Two of the main reasons for wanting trees in my garden were shade and height. The garden is south facing and a real sun trap. The house sits at the north end of the garden, and is timber clad, painted black. In the spring leaning against the walls is great for warming up, in the summer, especially last year they can be too hot too touch. We are surrounded by tall brick walls on both the west and east side, both of which are painted white (having belonged to old workshops and out buildings for the farm). The sun reflecting of these is bright and they do a great job at bouncing the heat round the garden. Getting some greenery in the form of planting and lawns has been essential to try and lower the temperature of our garden, and I am hoping the trees will play their part adding moisture to the air, lowering the temperature, and physically providing areas of shade. We built a pergola out of all timbers from the barn it is a big bold sturdy thing, and lovely to sit under on a hot day. Both my mum and a good friend like to hide under there if we are having a gathering of people. You can sit on the bench and be hidden by the Wisteria. So we do have some height and structure to the garden, but that is it. The rest of the garden is all on one level and very flat. You can sell all the garden at once, not great for visiting.

The garden in oxford although small had created a central lawn, and with the trees and planting made spaces you couldnt see without walking through them, the paths led you round the garden and there were corners you couldn’t see round.

Betula utilis jacquemontii ‘Snow Queen’ is favoured for its slender form suited to smaller gardens and the white bark developing earlier than other Himalayan Birch. It will grow to a height and spread of 7 x 3.5 metres in 20 years and is is a tough tree which will grow in virtually all soils and conditions.

Prunus mume ‘Beni-chidori’ is a fantastic choice for an early flowering small tree. The deep pink single flowers lean towards a red shade and open on bare branches in late February – March, earlier than most Japanese flowering cherry trees. The flowers are almond scented and popular with a variety of wildlife. Mid-green, glossy foliage boasts apricot-orange tints in autumn.

This Japanese Apricot tree had a somewhat rounded head, making it slightly lollypop shaped. Expect a height and spread of 2.5 x 2.5 metres in 20 years. Tolerant of all but very wet or chalky soils, ‘Beni-chidori is a fabulous choice for putting in a pot to add colour to a patio in the early grey of a new year.

Prunus mume ‘Beni-chidori’ is one of our most popular varieties of winter – early spring flowering tree. We also have a white flowering Japanese Apricot 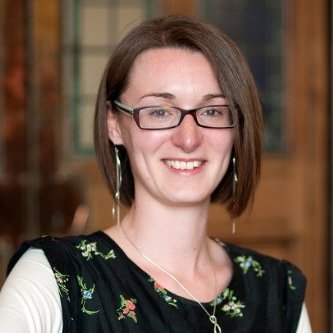 My name is Angharad and have been gardening in one way or another for as long as I can remember. I am happiest when out in the fresh air, pulling up groundsel before the blighter flowers, seeds and germinates behind my back and pondering where on earth I am going to squeeze in the most recent Salvia acquisition. 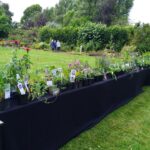 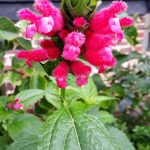 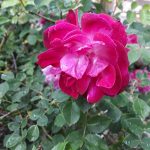 Somewhere under here there is a raised bed. The

Another plant sale done. Thought it was going to b

I'm sure the Pagoda wasn't this over grown last we

Coastal client. I love working here but it was pre

@bethanknights13 I took on board your comments ab